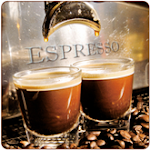 According to one legend, Valentine actually sent the first
"valentine" greeting himself. While in prison, it is believed
that Valentine fell in love with a young girl — who may
have been his jailor's daughter — who visited him during
his confinement.

Before his death, it is alleged that he wrote her a letter,
which he signed "From your Valentine," an expression that
is still in use today. Although the truth behind the Valentine
legends is murky, the stories certainly emphasize his appeal
as a sympathetic, heroic, and, most importantly, romantic
figure. It's no surprise that by the Middle Ages, Valentine
was one of the most popular saints in England and France.